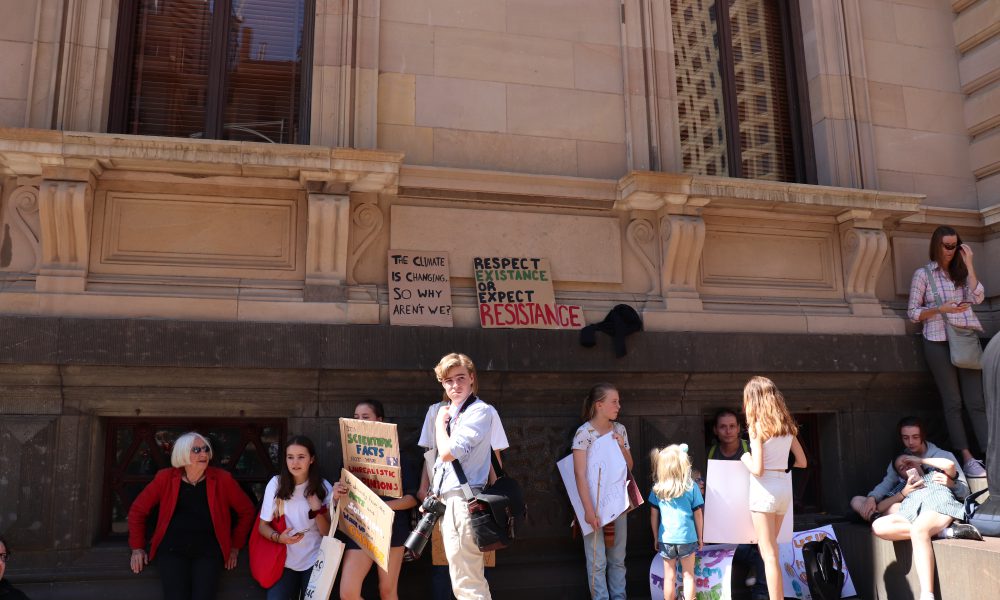 Carbon emissions, fossil fuels and non-renewable energy. These trigger words and issues have been pumped out by the media. Why? Because these issues are the cause of the fast approaching point of irreversibility of the detrimental impact on the environment that we humans have caused. And we students are furious about it! Despite all the evidence, our politicians aren’t doing enough for climate action!

That is why on the 15th of March 2019, the global student community shared their concerns and struck together: skipping learning for the day to teach the politicians that we care and that we want a future to look forward to.

However, as empowering as it is, there are some barriers to students’ ability to even make it to the Parliament steps. Parents’ support, school support and safety were all hurdles that some students needed to overcome.

Through my experience of the day and of organising a group of students from my school to go to the strike, these were all barriers. But a barrier does not mean we give up; it just means we’ve got to hurdle our way to the goal. So we tackled them and 60 students from our school got together and all fought for climate action.
Our group of students ranged from Year 7 to 12, each with their own different hurdles and difficulties.

A lot of our younger students faced the issue of getting parents’ permission. Some parents didn’t even believe in climate change, and others were concerned about safety, as there were no teachers present when our group went to the strike. Despite a lot of the juniors wanting to go, unfortunately it wasn’t feasible for all. But the ones who did go, were left in safe hands. As a part of journey in getting as many students from our school there, the leading students had organised first aid kits, emergency protocols and procedures to ensure the group stuck together. And even chatted with parents about our set up, to alleviate their concerns.

To our surprise, getting our school support drained a lot of our energy and took a lot of fighting.

Teachers were hyped and keen to support students by striking with them. However when word got out that teachers wanted to go, our school’s support and attitude flipped. Originally students were allowed to hang up posters about the strike but soon this became a game of hide and seek. As soon as they were put up, they were pulled down by non-supportive teachers.

And word of the strike had to be kept on the low. What had been a supportive space soon became one that made the strike feel more like an underground conspiracy. Students who wanted to go, caught wind of the vibe and found it too ‘risky’ to go, as originally teachers went to extensive efforts to ensure that valuable lessons weren’t missed or planned – but this changed alongside the school’s attitude. Teachers who wanted to go were demanded (some say threatened) to not go or even not to show support in any way, shape or form.

In defense of the school not showing support, I recognise that there was a safety risk: if students were to go, there was a possibility that they could get hurt. And if teachers were to go, they would have a duty of care for students. But my argument is that these risks follow us at school and on any excursion.

What would any strike demonstrate if there were no risk or sacrifice? I’m not saying that we want people to get hurt, but the students who led the group of students were prepared for every kind of risk. Just because we are students it doesn’t mean we are naïve or inconsiderate. We took their defence into consideration till it’s no longer an excuse.

Climate action is so urgent and needed that, despite these hurdles, we jumped over them. It may seem pointless to go through the effort for only 60 students, but if we don’t fight for it, who will?

School Strike for Climate Change is also being discussed on the Student Forums.