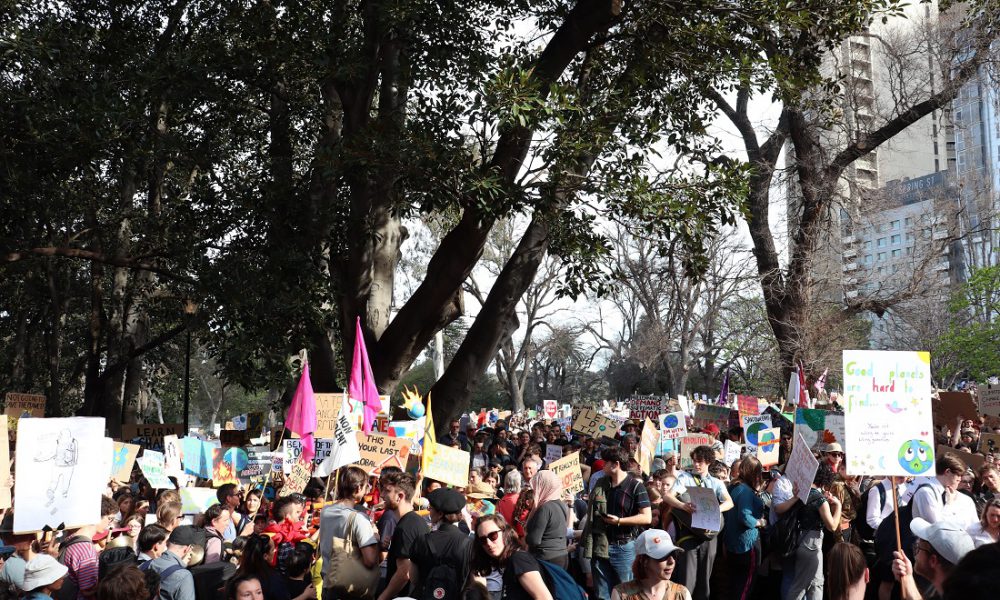 It is an amazing time for student voice. On Friday the 20th of September an estimated 300,000 Australians joined the 4 million strong Global Climate Strike, led by students and the School Strike for Climate Action movement. An estimated crowd of 100,000 in Melbourne entirely enveloped Parliament Park and spilled out onto Spring and Collins Street, a massive presence that dominated the city for the better part of the day.

In case you’ve been living under a rock for the last year, Australian students began striking from school to protest our government’s weak climate policy in November last year, and the movement has grown massively since. These protests now encompass people from all walks of life, and other groups, such as Extinction Rebellion, have played a huge role in the action.

This blog post was originally intended to be a wrap of the empowering event, complete with a highlights reel like the pride I felt when my friend’s band Stop That Mammoth got up on stage to an MCG-sized crowd and seeing an awesome group of grade 2’s with their teacher, but the follow up has been just as massive.

The UN Climate Action summit was held the weekend after the Global Strike in New York, with leaders from all over the world attending (not Scott Morrison though). Here, Greta Thunberg, the Swedish student and activist who instigated the School Strike for Climate Action movement, gave a momentous speech, which has since gone viral, been remixed, and almost brought me to tears (swear, it doesn’t happen that often).

Greta’s message to world leaders; ‘how dare you’ look to young people for hope; has reverberated around the world. The young activist adjured world leaders to not only ‘understand the urgency’ but to act on the demands of students around the world. She asserted that the ‘remaining Co2 budget will be gone in less than eight and a half years’ with current emissions levels, and that we cannot rely on ‘technologies that barely exist’ to save us while we go about ‘business as usual’.

While ‘the science has been crystal clear’ for more than thirty years, the huge uproar of student voice over the past year has brought this issue undeniably and uncomfortably to the forefront of public debate. There are still many people who oppose climate action and the protests, both amongst students and the wider community, and there is no doubt that the transition to a carbon neutral future will not be an easy one, but we must try, and we must act urgently. As Greta said, ‘those numbers are simply not acceptable to us’, and we will continue to fight for our future and the future of the planet: ‘change is coming whether you like it or not’.