Dyslexia is something I have struggled with for nearly ten years. Throughout my schooling, I have been labelled as the “smart kid”, something that I felt I had to live up to throughout high school. 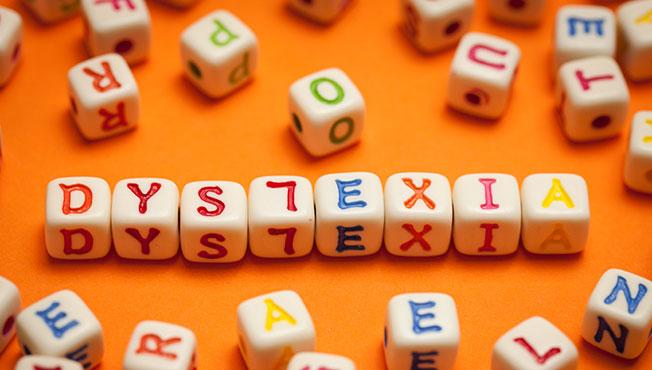 Dyslexia is something I have struggled with for nearly ten years. Throughout my schooling, I have been labelled as the “smart kid”, something that I felt I had to live up to throughout high school.

A new year meant explaining my dyslexia to another set of teachers, and feelings of dread that filled my head. “Am I being needy by telling them?” and “My dyslexia only affects my English, surely we can save some time by not telling my maths teacher” were questions I asked myself a lot in years six, seven and eight. As someone who hid their dyslexia from peers for a lot of their childhood years, being honest and open with teachers and classmates about my learning disability has been something I have had to adjust to.

So why did I hide my dyslexia?

There are many reasons. The fear of judgement from classmates and teachers, lack of understanding and education around what a learning disability is, and a box that I would potentially be placed in were the things that scared me the most. I worked hard in class and was doing reasonably well, there was no reason to tell anyone. For years I flew under the radar, occasionally letting it slip in conversations about my diagnosis, instantly regretting it. “But you’re so smart!” people would say. As if dyslexia is a synonym for “unintelligent”.

Something that I hear a lot is “I can’t spell/read/write well, I think I have dyslexia”.

Dyslexia is a neurodivergence, a difference in the way the brain functions, not an infectious disease that you can suddenly catch. It makes me really upset when people say these things to me or others with dyslexia. You wouldn’t go up to someone with a paralysed stomach and say “I feel sick sometimes when I eat too” because that would be degrading their illness.

It’s the same with dyslexia; you telling me that you think you “definitely have dyslexia” makes me feel as though my years of struggling and countless hours of studying absolutely useless. It hurts when someone uses ‘dyslexia’ to express how they aren’t good at something.

The lack of conversation around learning disabilities is something I have noticed as I have gotten older. I find myself having to explain my disability to grown adults and teachers. Everyone is different in how their dyslexia affects their learning and daily life, but surely we as a society should have a clear idea about what dyslexia is, how it affects learning and how we can support people of all ages with dyslexia?

We have all the resources we need to learn about these conditions, but we still stereotype people with dyslexia as unmotivated, unengaged, lazy. Some of the media representation around dyslexia has done more harm than good, too. I remember one Disney show that had a main character pretend to have dyslexia to get extra time for a test because of their failing grade. I wish that were all I got with my dyslexia…

Now that I’m older, I wish I was more honest with my peers and teachers about my dyslexia when I was younger. Not talking about it made it this taboo thing that couldn’t be talked about, a forbidden topic that would send butterflies to my stomach when I had to talk about it. My dyslexia has given me life skills that others have to actively work on. I used to think that dyslexia was a life sentence and I would never “get better” or be able to go to university or get a job. As the years have passed, I have learnt how to use it to my advantage and make sure that I’m getting the most out of the special considerations that I’m eligible for.

For those who have just been diagnosed or are flying under the radar, I promise you that it gets better. Speaking about how you learn and understand things with your teachers is the best decision you will make. Don’t suffer in silence. Even if you are doing okay in school, talk to your teachers. I know the feeling of dread before a test, how the “what ifs” of dyslexia will play with your mind. It can be scary not knowing how people will react to it. Will they play it down, shrug it off? Will they think less of me?

But remember: having dyslexia is a superpower that only a few people have. Its only a weakness if you let it be.