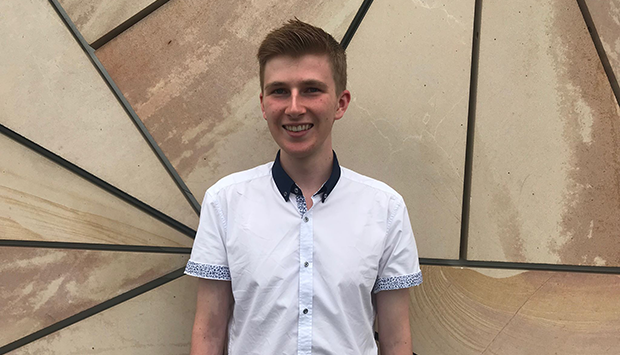 While we were limited in this role as mere guests we were able to have real input into decisions made.

I remember the very first meeting I went to at the start of year 11. Being in a room where real decisions were being made was as intimidating as it was exciting.

Being a student on School Council required a lot of confidence and willingness to speak up. The meeting didn’t often pause to directly ask for student input, so I needed to take initiative. Raising your voice in the middle of a conversation of adults can take a lot of courage for a student.

Through the experience I learnt a lot about how to know when I needed to take a step back and listen and when I needed to speak up. I learnt how to make a point succinctly, and consider those I was representing.

The biggest successes the SRC Representatives had on School Council were around providing student input into proposals already being brought to School Council by the principal or others.

In the case of the drinking fountains, for instance, student advice made sure they were installed in locations where they were needed most.

I always felt that student input was regarded by everyone as a valuable part of discussions, even if it wasn’t always taken on board.

Sometimes the funding priorities of the student body and the school leadership were different.

As School Council can amend and approves the school’s yearly budget, it was an opportunity for students to advocate for their priorities.

As students we took the initiative to request money to be set aside in the budget for the renovation of our universally disliked toilet block.

Here, we were relatively successful. While only a small amount was allocated, it was a thrilling affirmation of student voice to see something we had advocated for being placed on the official school budget.

In other cases, like lobbying for air conditioning to be purchased for every room we were less successful.

The biggest challenges we faced as students were when we wanted to be proactive about bringing student proposals to school council. Here there were many structural and cultural obstacles.

For a start, students more broadly didn’t really know about school council and the possibility of bringing proposals to it.

Secondly, the school council leadership did not really consider the possibility that students would even want to initiate proposals.

All the real discussions and decisions seemed to be made at subcommittees. By the time they came as recommendations for School Council to approve, there was often little room for significant student input.

Another time we did have success was with the adoption of the SRC Charter as part of official school policy. The SRC Charter was a document written by students in the hopes of cementing the role of student voice in our college.

This was not an easy process at all. It required us as students to stand firm and not give up, while also to being willing to negotiate and compromise.

My Key Tips for Schools:

Don’t get rid of existing SRC or school captain representatives on council:

If you are a school that already has a process for electing students on School Councils – perhaps your SRC President sits as a Community Member, or your School Captains attend as guests – the new ‘Student Position’ doesn’t have to replace this.

Why not have both?

The two new mandatory ‘Student Members’ are there to represent the student cohort as a whole, just as Parent Members and Teacher Members represent parents and teachers respectively.

At the same time, the SRC President could be a part of school council meetings to represent the SRC as an organisation. This would maintain a mechanism for direct communication between the School Council and the SRC and direct representation of the school’s SRC.