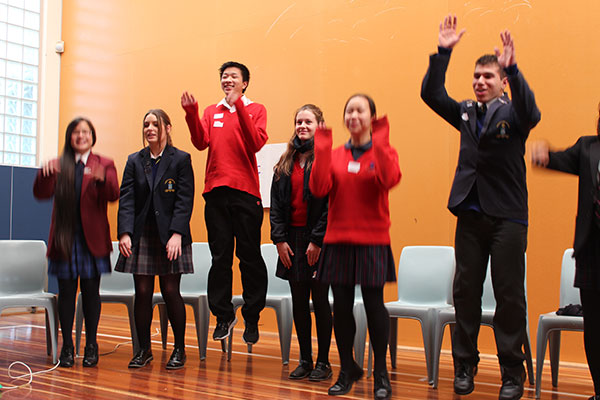 Age and maturity are two disparate things that people quite often view as parallel from an objective stand point; where age equates to a subsequent level of maturity. When creating this direct link between the two, subjectivity is ignored entirely. People generally tend to look at youth as a collective, where the common denominator is causally made to unjustly reflect the collective as a whole.

Critics of giving citizens under 18 the right to vote argue that such teenagers lack the ability and motivation to participate effectively in elections. This may be true for a portion of the under 18 collective currently, but couldn’t it also be said that if we were to allow these 16 year olds the right to vote, that a raised interest and human agency in politics would arise as a product of this responsibility.

It is possible for someone to make an uninformed vote, but is there such thing a wrong vote? Everyone shares varying perspectives and opinions when making decisions concerning politics, so it does not seem plausible to label a vote right nor wrong. If we agree that there is no such thing as a ‘wrong’ vote, then we must also agree that 16 year olds can’t make wrong votes as they seemingly don’t exist. The argument surrounding the idea that we Link: “are still maturing, and have not learned enough yet through education as well as experience to make fully informed decisions” demonstrates the notion of an uninformed vote. I myself would agree that, given the right to vote, some sixteen year olds would make uninformed decisions, but I would also agree that not every ‘adult’ is well informed, especially in relation to politics. Therefore both adults and 16 year olds are capable of making uninformed votes, subsequently meaning it wouldn’t be fair to dismiss a 16 year old’s vote on the basis that they aren’t ‘well informed’. For someone to label our man-made collective this way, one must also look at theirs, and their lowest common denominator.

We are able to work, leave school, drive, live on our own independently, join the army and even get married and have children at the age of 16, but we can’t vote? We’re considered juvenile and much too immature to have any say in our country’s governance.

Voting is an issue of mind over matter. If you don’t mind it doesn’t matter, but we mind, so let us matter.