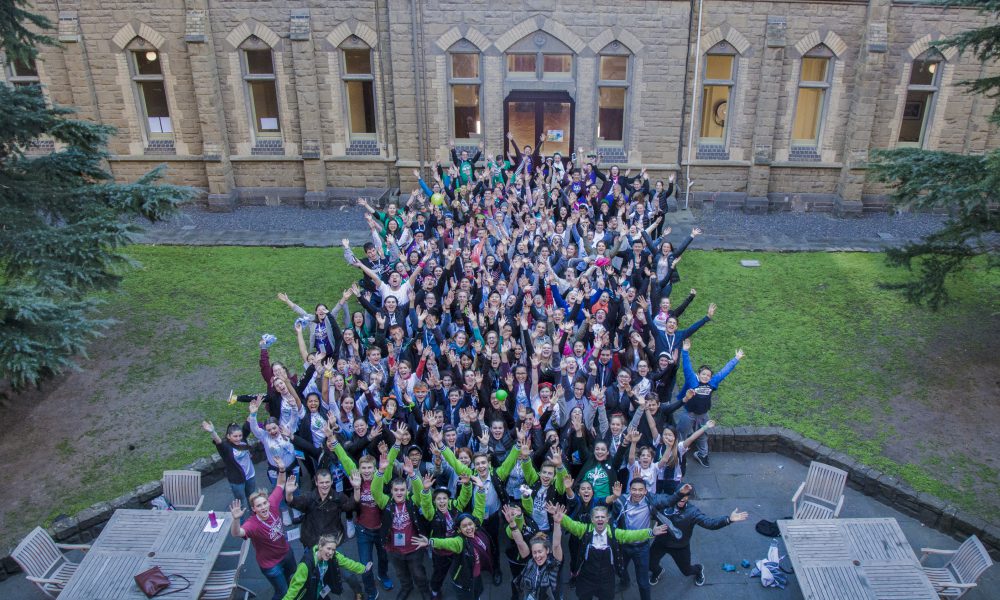 In 2005, at the time of the first Congress, the VicSRC existed only as an idea amongst students and few volunteers. The first Congress was a one-day affair held in the Moorabbin Town Hall. Over 100 student delegates from secondary schools across the State attended. The event was organised by Second Strike, a student voice and leadership training company. Sessions and workshops were facilitated by staff from Second Strike in a purely unpaid capacity, simply because they passionately support the idea of student voice. Many of those volunteers are still supporters of the VicSRC today.

Seated in Parliamentary fashion, the delegates of the first Congress moved motions, debated and voted on recommended school policy in the best tradition of democratic leaders. This was a parliament that involved no shouting or insults, just sincere debate of serious issues.

The Youth Affairs Council of Victoria, a long term supporter of the VicSRC since 2003, attended in support and the Chief Executive Officer, Georgie Ferrari, performed the formal role of the very first Speaker of Congress, facilitating the parliamentary style debate.

No student Executive was elected at this first Congress since there were no resources or funding to support them for the next 12 months. However, some students still stepped forward to take the mantle of leadership and arranged to meet again. Even with their commitment and drive it took until 2007 to host the second Congress, this time at Collingwood Town Hall. By this stage the VicSRC had managed to secure funding, a staff member and a temporary student Executive Committee. The VicSRC became a serious organisation at this time thanks to the work of that first Congress.