Learn about Congress 2022 from delegate (and Executive Committee 2022-23 member) Arwen. 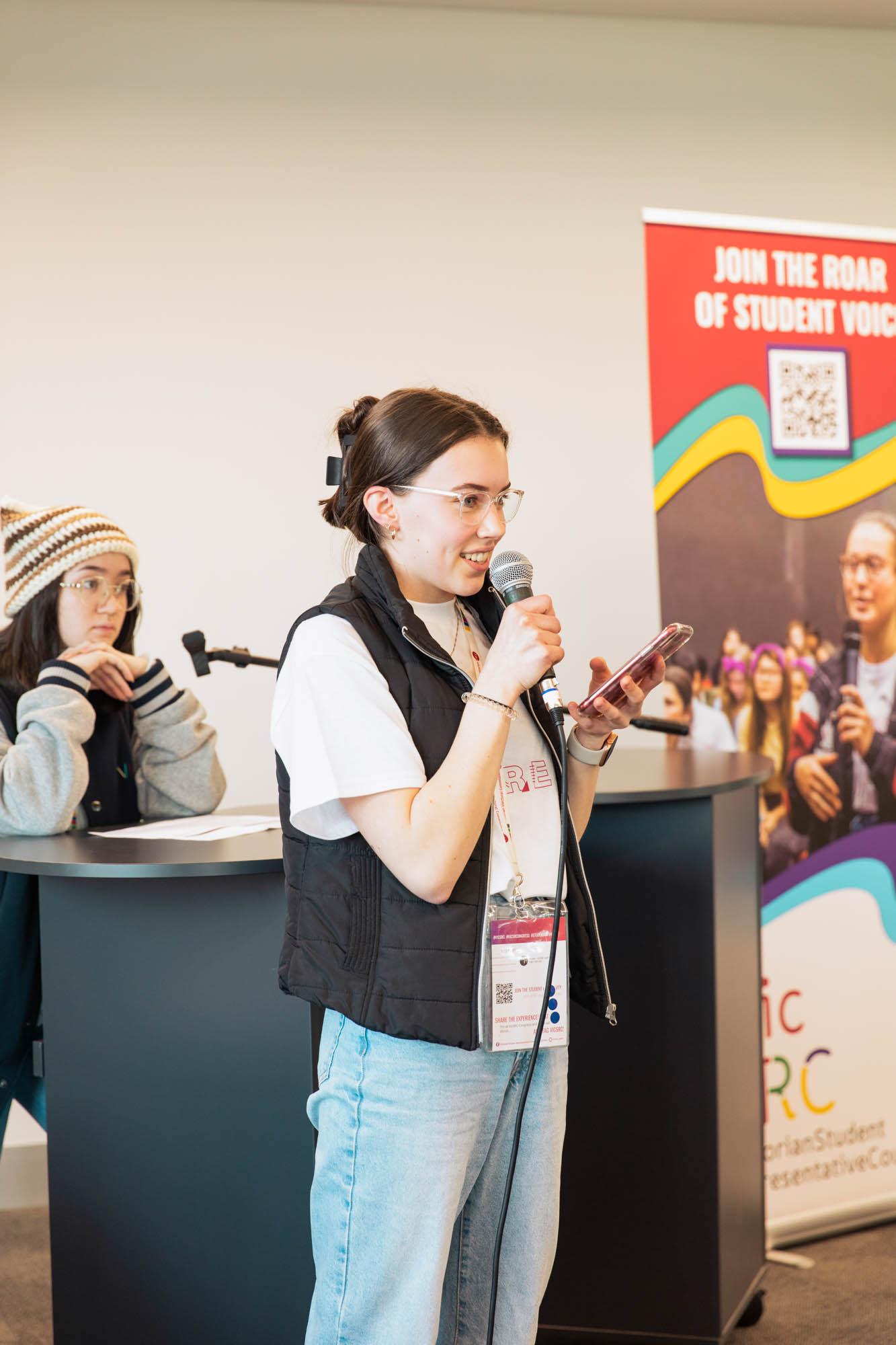 VicSRC Congress 2022 was held on Friday 2 September at the Wurun Senior Campus in Fitzroy Melbourne. It was a beautiful campus with lots of great facilities and the perfect place to hold Congress. As a regional student, I caught the train to Mebourne on Thursday and stayed at a youth hostel overnight with a few other regional students. Then, on Friday, we all went to Congress together after stopping at a cafe for breakfast.

To start off, we signed in and received a Congress t-shirt, a lanyard to write our names on, and a show bag with lots of goodies. Then while everyone else arrived, there was time to talk with the other delegates and make some new friends!

At 9:30, we kicked everything off with some introductions, icebreakers and an amazing welcome to country by a local Elder. Then we heard from some of the Executive Committee members about how the rest of the day was going to run.

Next was the pitching session where students were able to pitch an idea or issue in Victorian education that mattered to them. Each pitch went for about 60 seconds and it was great to see how many students wanted to share their ideas! I think there were about 50 pitches, but it was hard to tell since so many people got up and spoke about an issue. After the pitch session, each delegate could go and vote for their top three issues by sticking a blue dot on the posters put up around the room to represent each issue.

After voting, we had an hour break for lunch and could sit with our new friends and eat the delicious lunch that was catered for us while talking about all the different pitches and getting to know the other delegates a bit more. During lunch, the votes were counted and ten action teams were made up to focus on the top ten issues that were voted on. I was in the pink action team and was able to work on the issue that I pitched at the start of the day which was about VCE being too stressful for senior students. We had two and a half hours to unpack our issue and come up with some potential solutions with some snack breaks in between. This included lots of conversations about our own experiences at each of our schools and ways that we believed could work to solve this issue.

At the end of the day, we reconvened and the Executive Committee member from each action team presented to everyone what they had worked on with their speciﬁc issue and action team. Then we wrapped up the day, said goodbye to the Congress vibes and went home. I had such a fun day and can’t wait to keep working on these priorities going into next year as an incoming executive committee member for 2022-2023!

Hello! My name is Arwen, I’m from south west Victoria, I go to a public regional school and I’m 16 years old. I wanted to join VicSRC to advocate for senior students (particularly VCE) and build on my leadership skills. When I’m not making changes at VicSRC I am probably rehearsing for or performing in a musical (most recently I was in School Of Rock the musical!). 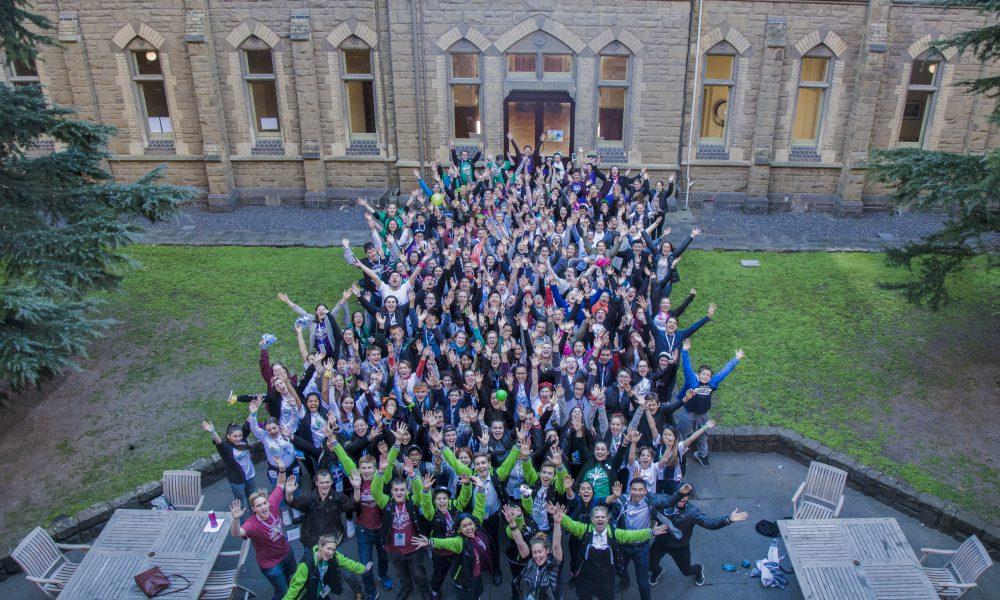 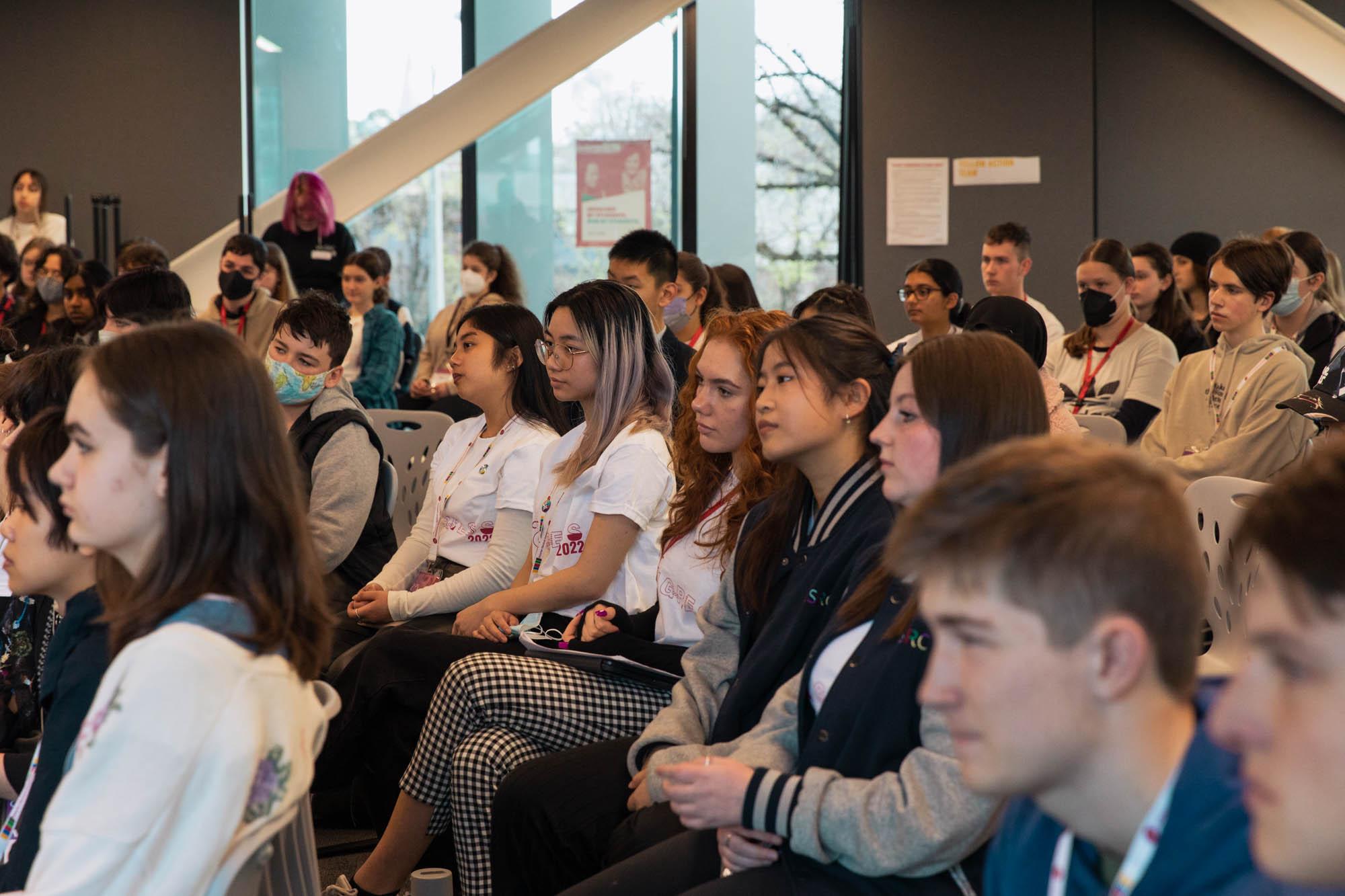 Find out the top priorities as voted by students at Congress 2022!