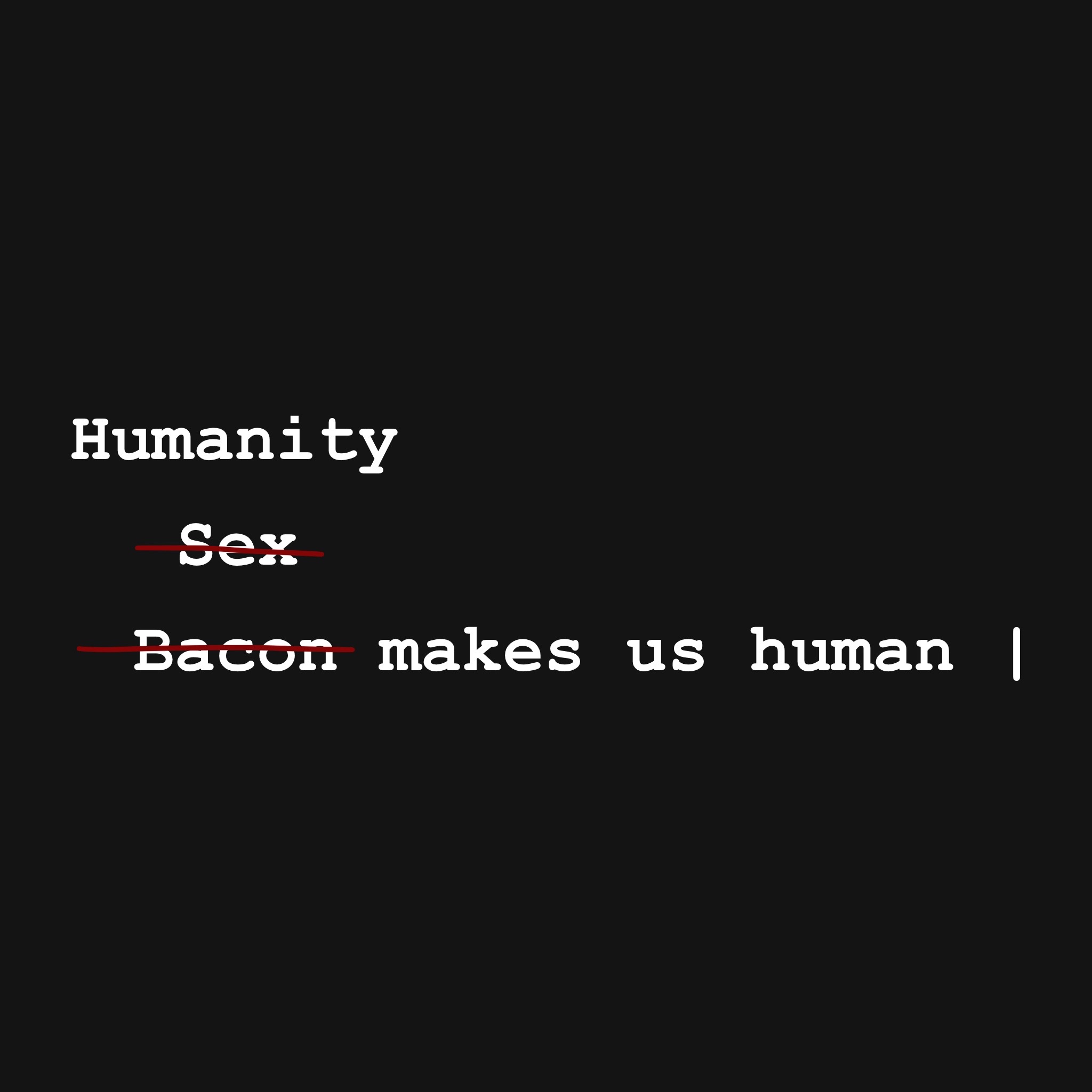 You can listen to the piece here and read the script here.

This piece ‘Bacon Makes Us Human’ was originally written as a short film, but due to COVID restrictions, was modified into a short audio drama. The story takes place in an alternate universe in which, rather than idolising sex and its aspects, society idolises bacon.

Jay’s experience is heavily based on Sy’s own, going through high school as an asexual (someone who doesn’t feel sexual attraction). In the story, Jay, after being introduced to the term through a friend (Amari), comes to find he is a-bacon (lacking the want for bacon), this being a relief to them as he often felt odd and separated from his peers due to this lack, similar to the experience many asexuals have before discovering asexuality.

The intention of the story it to highlight the experience of people who are asexual, and point out how off putting the expectation for sexual attraction can be. Sy has often found that society places a high importance on sex and sexual attraction, finding its influence used in almost everything, such as advertising, music, and media. The idea that romantic and sexual love are what make us human is what this piece is trying to combat, hence the title ‘Bacon Makes Us Human’. While love can be expressed in sexual ways, sex is not the only way to express love and affection, and it is not what makes us human, our humanity is.

Sy Broom is a student living in rural Victoria, with their parents and sister. Sy grew up creating art and exploring different mediums, with a particular interest in film and music, but dabbling in other types of visual and written art. Their current creative outlet is through cosplay, with costuming, film, and music. They spend their limited free time in their community, particularly engaging with Skittles, the local LGBT youth group, and amateur theatre, but overall Sy is trying to focus on studying while they are still in school.

HEY series: Believe me, I love you HEY series: Mirrored in me